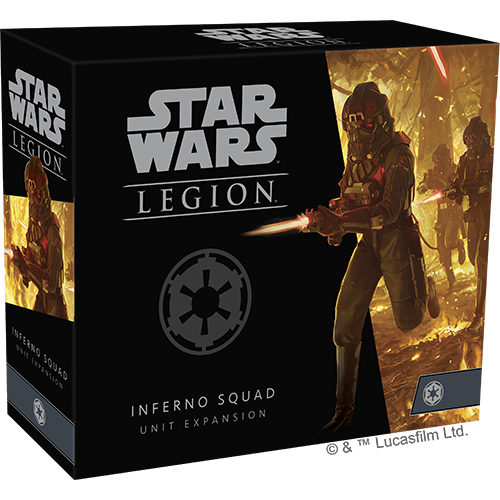 “We’ll deal with them the same as the rest. Today we wipe out that scum once and for all.”
–Gideon Hask, Star Wars™ Battlefront II

The Rebel Alliance shocked the galaxy when it destroyed the Death Star with just a handful of starfighters. But perhaps more shocking was the fact that the Rebels managed to steal the battle station’s plans from a secure Imperial facility on Scarif. This humiliating defeat made it clear the Empire cannot rely on standard troop to safeguard its secrets. This task required a new breed of soldier, one that could take on any mission and get the job done with no questions asked.

These special forces units consist of the finest soldiers the Empire has to offer and are trained in every form of galactic combat, from piloting starfighters to boots-on-the-ground combat in any environment in the galaxy. Even in this elite company, one group stands above the rest: Inferno Squad. Soon, you’ll be able to dispatch your own groups of ruthless warriors to protect—or bury—the Empire’s secrets with the Inferno Squad Unit Expansion for Star Wars™: Legion!

Join us today as we take a closer look at the Inferno Squad Unit Expansion!

The Empire must move swiftly to silence any who steal its secrets. While traditional troops like Stormtroopers can be mustered in large numbers during such crises, they cannot react with the speed—or efficiency—of Imperial Special forces. These ruthless warriors are trained to undertake any mission at a moment’s notice and can quickly give the Empire the upper hand in any battle.

Specially trained for stealth, Imperial Special Forces units make their presence known precisely when they mean to, often taking their opponents by surprise. As such, they are the first Imperial unit that can infiltrate the battlefield and set themselves up in the most advantageous positions beyond range 3 of all enemy units. While beginning a battle in a forward position can leave them exposed to enemy fire, these agents are known for their reliability, and the surge token they gain at the start of the Activation Phase paired with their red defense dice makes them even more likely to stay safe from attacks.

These defensive skills combine with the Imperial Special Forces’ superior marksmanship to help the Empire establish an aggressive battle line early on. In addition to surging to hits on their attack rolls, each Imperial Special Forces unit can spend aim tokens to improve their attack die results, making them especially good at producing critical hit results that can’t be canceled by cover or dodge tokens. Adding aT-21 Special Forces Trooper to their ranks pushes these abilities even further, providing more dice to improve and a better chance for more critical hits.

Imperial Special Forces units are a worthy addition to any force, but the members of Inferno Squad are particularly adept at accomplishing their mission. This unit is elite among even other special forces units and can put out twice the volume of fire without losing any accuracy from their E-11 blasters. Better yet, they are particularly adept at close quarters combat, making them a force to be reckoned with at any range.

While each member of Inferno Squad possesses these combat skills, the true strength of the unit comes from the specialties each individual member brings to the table. In addition to his ability to repair friendly vehicles in the field, Del Meeko is also an exceptional sniper who gives the squad a deadly long-range option. At the same time, Gideon Hask is a fearless leader who doesn’t hesitate to issue orders to nearby Imperial corps units in the thick of battle.

The special skills these agents possess isn’t limited to just Inferno Squad, either. Both Meeko and Hask can lend their skills to standard Imperial Special Forces squads and even Imperial corps units, opening up a wealth of strategic opportunities. But every unit performs at its best when in the presence of a strong commander and Inferno Squad is no different. If the squad’s leader, Iden Versio, is on the field at range 1–2 at the start Activation Phase, this unit gains a dodge token that can help fuel its Situational Awareness  or an aim token that can power its many offensive abilities like Marksman. Working in tandem with their commander, Inferno Squad can spread like wildfire, eliminating all those who would harm the Empire. 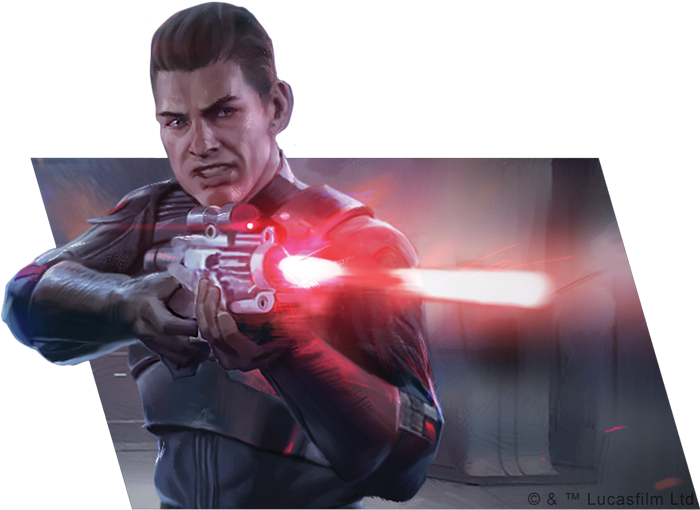 Even now, bands of Rebels are plotting their next attack on the Empire. When that time comes, Inferno Squad will be ready to step up to silence these threats. Secure the Empire’s secrets when this elite unit arrives later this year!