Han Solo is a reluctant and unconventional hero. But maybe that is exactly what makes him so successful. In Star Wars: Legion Han Solo is the Rebels third commander and he brings new and interesting tricks to the Rebellion’s arsenal.

General tactics and list building for the Rebel Alliance. This article is intended as an entry point to critical thinking about list building for Rebels and is not hard and fast rules. You are encouraged to build and play your own lists in your own way.

The forces of the Rebellion are as numerous and varied as the planets they fight for. They can play in many different ways towards many different ends – but they are all built out of the same blocks and on the same principles.

Quantity: “Make ten men feel like one hundred” – The forces of the rebellion are often rag tag operations built out of anyone who will volunteer – the good news is that there are a lot of volunteers. Rebel units tend to be quite affordable, and because of this you can get a lot of chaff to front load your turn with, saving your important units until later in the round when the opponent is unlikely to have any activations left to retaliate against your key units.

General strategy and list building for the forces of the Galactic Empire. This article is intended as an entry point to critical thinking about list building for Imperials and is not hard and fast rules. You are encouraged to build and play your own lists in your own way.

The armies of the Empire are numerous and varied, they can play in many different ways towards many different ends – but they are all built out of the same blocks and on the same principles.

Quality: Imperial units cost more than their counterparts, which means that you get less of them and also that each unit has to be responsible for doing more work over the course of each game. In general Imperial units benefit from longer ranges, better armor, and more consistency for their premium price.

Consistency: Imperial units don’t necessarily do more damage than their counterparts, in fact their maximum potential is often less, however their numbers are consistent and reliable. A DLT-19 for example is almost always going to result in 2 hits while a Z-6 will statistically average 2 hits but in reality it swings wildly from 0 to 6. Imperials also have longer range and more access to aim tokens, generally allowing them easier mitigation of their below average rolls when they happen.

For 10 points and a comm slot this upgrade can exhaust to allow you to issue an order to yourself.

At 10 points this upgrade is quite efficient at what it does. But it is best if you have specific plans and synergies in mind when you include it in a list.

Sorastro has an awesome guide to painting those ever waiting Snowtroopers.

As with the Fleet Troopers I’ve tried to achieve a good table-top standard in a reasonably economical way.

I’ll be working on some more Legion videos quite soon.  In the mean time, I hope you enjoy the guide, and happy painting!

Leia Organa is a politician turned to a cunning general out of necessity to lead the Rebel Alliance to victory and avenge her planet of Alderaan. In Star Wars: Legion Leia is a support commander who leads from the back, skilled at enhancing her troops and getting the most effect she can out of every unit no matter how bad the casualties might be.

Sorastro has an awesome guide to painting those ever waiting Fleet Troopers.

As you’ll see in the guide I’ve tried to paint the troopers in a fairly economical way to get them painted to a decent table-top standard pretty quickly, with the exception of the Fleet Trooper unit leader who I spent a little more time on because I wanted to closely capture Captain Antilles’ colours from the opening scene of Episode IV.

The reason I sometimes like to produce PDFs rather than videos is simply to allow me to cover more miniatures than I would otherwise be able to do as they’re a fair bit quicker to create.

I typically reserve such guides for my patrons on Patreon, however because FFG have been good enough to supply me with the figures, I’ll be making the Legion™ guides available to all, in support of the game.

I hope you find the guide useful; look out for the Snowtroopers which I will also be releasing shortly.

General Veers is the best ground commander in the Empire. In Star Wars: Legion Veers is a support commander who leads from the back, skilled at bolstering his troops and getting the maximum effect out of every unit. 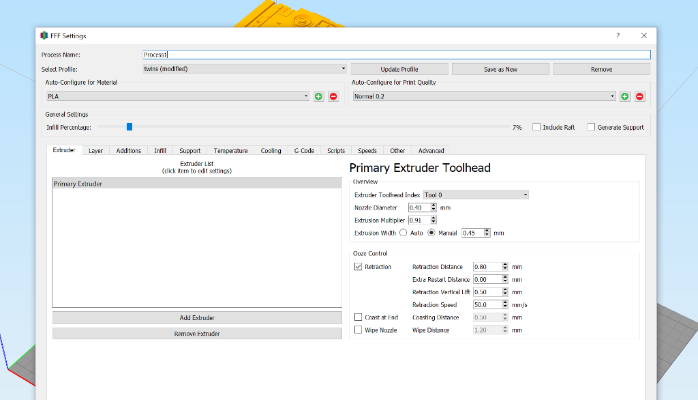 As you’re probably aware, you’re able to purchase Imperial Terrain’s STL files to print their awesome terrain on your very own 3D printer.

As you’re probably also aware of, 3D printing can be a real trial and error…with lots of errors. To levitate that with their terrain, Imperial Terrain has created a guide.

Check it out after the jump: The Imperials 3D Printer Settings

Darth Vader is the Dark Lord of the Sith, the Emperors right hand, and truly terrifying to face off against on the battle field. In Star Wars: Legion Darth Vader is a melee centric commander focused on control and destruction. His advance is slow and purposeful, and there is no hope for those who are in his way.