Darth Sidious’ minions operate in the shadows, fomenting unrest and bending galactic conflict to their master’s will. Of them, one dark warrior stands above all the rest: Darth Maul.

Sidious’ young apprentice is eager to test his skills against the Republic’s Jedi Knights, and with the aid of his DRK-1 Sith Probe Droids, he will hunt down any enemy of the Sith. Soon, you too can harness Maul’s rage with the Darth Maul and Sith Probe Droids Operative Expansion for Star Wars™: Legion! END_OF_DOCUMENT_TOKEN_TO_BE_REPLACED

Luke Skywalker fought on many fronts of the Galactic Civil War, battling the Empire both from the cockpit of his T-65 X-wing and on the ground with his lightsaber and trusty DL-44 blaster. Wherever the war effort took him, Skywalker was a symbol of hope to his fellow Rebels and soon Star Wars™: Legion players will get the chance to experience him like never before.

END_OF_DOCUMENT_TOKEN_TO_BE_REPLACED

This is only available to retailers 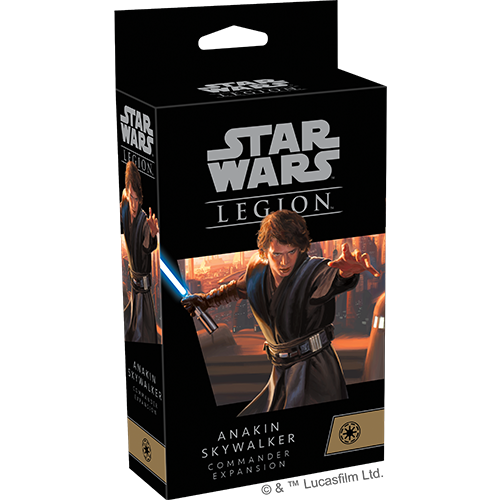 “You’re gonna pay for all the Jedi you killed today Dooku.”
–Anakin Skywalker, Star Wars™: Attack of the Clones

Anakin Skywalker is no mere Jedi Knight. Identified from his youth as the Chosen One who would bring balance to the Force, his service to the Galactic Republic throughout the Clone Wars cemented his status as one of the most powerful Jedi in the galaxy.

END_OF_DOCUMENT_TOKEN_TO_BE_REPLACED

As many of you know, the Notorious Scoundrels have started a campaign on https://www.youtube.com/watch?v=MzO7C8-h6GM&t=26s

Today we’re going to take a look at the rules for the Campaign that we’re using! END_OF_DOCUMENT_TOKEN_TO_BE_REPLACED